I appreciate CURA’s invitation to respond to the blog post about gentrification in Northeast (NE). A disclaimer; I did not review the ‘Snapshot” of interviews within the context of CURA’s full gentrification study. My response focuses on the interview content and is a critique of how narratives can misshape our understanding issues such gentrification when taken out of context.

Narratives are often devoid of the contextual nuances of history and economic and demographic fact, and are rarely representative of all experience. Use of the term gentrification highlights the narrative dilemma. Neighborhood narratives present gentrification as the scourge yet it is a symptom of the disease of housing provision. Embedded in the history of housing provision are institutional and social practices responsible for our present state of inequity. More recent paradigm shifts in ideology and practice can’t reshape the wood and brick legacy of class, race and gender inequity implanted in the inventory of over 135-million housing units[1] that remain on the land; ill-suited to present and future household needs[2]. They can’t undo ownership of this built legacy, which is distributed in a stunningly unequal manner[3], yet ownership is one of the main tools used to shape neighborhoods.

Present day housing concern, therefore, can’t be separated from the process of selecting - or accepting by default - from an already existing and distributed built history. Discourse about gentrification can’t be separated from the legacy of institutional practice and planning and financial tools that historically served only select households, investors, and developers. The narratives about neighborhood change in NE, however, are separated from this important contextual understanding.  The interviews do not reflect the nuances of the community’s history, and economic and demographic facts are absent. This is not a critique of the interviewees, it is recognition that as community members we ‘live’ in our own present, and ‘experience’ in own lives. This is evident the causality interviewees find in people and activity rather than historical property development practices and ownership. To the interviewees change is the consequence of the latest incomer, the product of a successful artist conversion, or result of a maker’s endeavor.

Rent and property value increases and new development are disconnected from ‘who benefited’, through past ownership or property sale. Perceptions are decoupled from how current and long-time property owners manage the revenue opportunity of neighborhood progress through rental increases and property sales, aided by revitalization policies and the availability of financing. The disconnection downplays the impact of larger processes, and of cycles of disinvestment and reinvestment. For example, many interviewees rhapsodized the area’s blue collar history linked to a succession of European immigrants, and an era of generational homeownership and local industrial activity. The fondness was not extended to more recent immigrants whose diaspora originated in Africa, Central America and Asia, a point worth highlighting. Should we not ask why the generational cycle of white European occupancy ended? What prompted later generations to retreat from NE?

Some emigrated as industrial employment opportunities dissipated, but some chose to relocate to new homes with the aid of mortgages not available to people of color. They left NE’s growing diversity for neighborhoods and schools with more familiar and homogeneous populations.  Eschewing NE lessened demand which was interpreted as a sign of neighborhood decline.  Disinvestment was a problem for existing property sales and owners became absentee landlords awaiting a market turnaround. The era of decline, however, created affordability for new immigrant groups, artists, and owners seeking to repurpose moribund buildings. These social and economic nuances are lost in truncated narratives. Instead of interrogating the institutional and social practices that produced cycles of change and ongoing inequities, artists and other starter-income households are bequeathed the title of gentrifier.

Generalizations obfuscate the ways in which absentee owners continue to shape place at-a-distance. Today, only 44% of households in NE are owner-occupied[4]. Most decline era incomers didn’t achieve homeownership, the security to stay in place, or the ability to await profits from their property at a distance. Yet the at-a-distance influence of previous generations of property owners is instrumental to our understanding of current gentrification threats. Long-time property owners make land available for sale and for new development. They increase rents in accordance with market change, and like existing residents, incomers also struggle financially, although race, ethnicity, and class will not be dependent factors in eventually overcoming this struggle.

Intuitively, the interviewees understand the unequal distribution of wealth and ownership. Yet the historic context of their own struggle is not fully comprehended, and therefore, articulated and their discontents are placed on the backs of the latest incomer. Hence my critical appraisal of a presentation of narratives as insights to what is happening in NE. Re-telling a generalized gentrification narrative with its stated villains misallocates time and energy needed to imagine, demand and facilitate real changes in housing provision. Bearing witness to a history of discriminatory practices, and accepting that we are, in essence, fighting over the crumbs of affordability in and already inequitably distributed existing martial landscape is a better place to start – and brings forth the realization that gentrification is a symptom of the disease. Rather than pit existing resident against incomer, cure the disease. Foster productive discussions about the role government, finance and development played and continue to play in influencing housing supply and the molding of the existing built legacy.

[2] According to the Center of Budget and Policy Priorities and HUD, roughly 25% of households in the U. S. receive some form of federal subsidy. A large number of those households are constituted by the elderly. Of the non-elderly and disabled households, 75% are constituted by working adults. Yet although just over 5-million households receive a subsidy, 68% of low-income households paying over 50% of their income for housing remain unassisted.

[3] According to the U. S. Census, although the homeownership rate was roughly 66% as of 2015, that average reflects a rate of over 71% for white households but only a little over 46% for African American households. 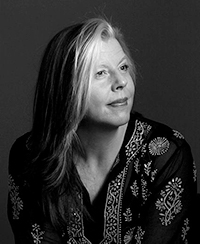 Dr. Brenda Kayzar is the Collaborative Strategist and Owner of Urbane DrK Consulting where she provides strategic planning, research and advocacy leadership support to government, nonprofit and arts organizations. She applies a hybrid of experience within higher education, and business and nonprofit leadership toward efforts aimed at shaping better outcomes for communities, arts organizations and creative workers. She’s authored numerous works in academic presses exploring the economic, political and social contexts of urban change, focusing on revitalization policy and development impacts as well as the creative placemaking planning paradigm which is now shaping older neighborhoods and downtowns. She is regularly enrolled by civic leaders to address issues such as gentrification and has served on several civic panels and working groups. She’s also served on community and nonprofit boards, including the Northeast Minneapolis Arts Association, the arts organization that produces Art-A-Whirl.
jrmiller
Tags
Northeast
Response